<PLEASE USE THIS TEMPLATE TO HELP YOU CREATE A GREAT POST!>

<Below this line, add a link to the EXACT exercise that you are stuck at.>
http://bit.ly/2cRdMzf

<Below this line, in what way does your code behave incorrectly? Include ALL error messages.>
I’ve been trying to get past part 3 of the box model bit, it asked me to change the border-width of the .hotel selector to 2px. I’m pretty sure I’ve done that but it keeps asking me if I have and won’t let me pass. I’ve been at this for a while now and I’m pretty sure that the code is fine, anyone else having similar problems? 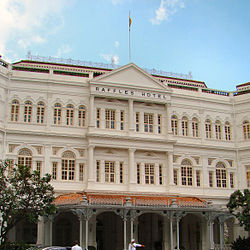 There is a known issue that is being addressed. The workaround for the time being is,

It’s a pain, but we can work through this module.

Just can’t get through this… Please suggest

@paddyhall Did you solve this?

absolutely bizzare… i added hotelx in html and then changed to .htmlx with same code and it worked… codecademy needs some real good programmer

Managed to pass this stage by trying this exercise on Edge (windows 10). Basically I’ve stopped trying it on Chrome.

Also, per another thread on this topic, changing my browser zoom to 100% fixed the issue.

What! That worked for me, and is completely crazy.

I have tried all possibilities and none of them are working… any ideas?
Thanks

It’s been on 100% the whole time. As stated above I’ve tried everything you guys have suggested. I’ve been doing other tutorials now but I’d like to finish this one. Any other ideas?
Thanks

As @kruizerchick mentioned, I just changed my zoom to 100% from 110%, and that worked for me. Might I suggest that if your page has always been on 100%, increase the zoom, click RUN, then change the zoom back to 100%, and click RUN again. If that doesn’t work for you, try a different browser.

I remember having this same issue with a couple of different exercises last year. When I switched to Firefox, my solution was accepted with ease on one of them, and I was FINALLY able to move pass that point. On a different exercise, changing the magnification rectified the problem. Just whichever one I tried at that point worked. So, if changing the zoom/magnification doesn’t work for you in these exercises, try a different browser. It stinks to have to do that, but whatever gets us moving on to the next exercise… Right?

edit: I was actually on Border Width 1, not part 3, but I had the same issue on Part 2 as I’m sure I will on part 3. In this case, changing the magnification is working for me. (Chromium - Linux)

This actually works. Thanks a lot!

or everyone could’ve skipped all that and use

This worked for me. Thanks. I wasted 2 days on this dumb issue.