Why did JS became so popular?

So, the lessons state this 5 points:

I’ve put my remarks/questions in bold.

To answer some of your questions, I think we need a bit of time travel (aka history), here is a good article:

The History of JavaScript: Everything You Need to Know | Springboard Blog

So it seems JavaScript seem to have been born in the midst of a browser war. Where a simply scripting language was required. So initial, JavaScript (or whatever it was named back then) was only supported by the browser (so only front-end). A such, javascript was designed to interact with webpages

Because building another front-end browser language would be a massive effort. Browsers are massively complex. Getting another front-end language of the ground would require massive investment and massive risk in failure. You would either need to build something which complies with the browsers current engine, or convince them to support your engine (very unlikely)

Bit of vaguely formulated from the exercise.

==> but why is this interactivity unique to JS?

EDIT: not entirely through, there is web assembly. But that doesn’t seem to take off yet.

==> Yeah, but surely this wasn’t available when Eich just created it? This looks like a consequence of its popularity to me…

those came later indeed. These frameworks and libraries have a variety of task. Jquery was popular a while, when JavaScript wasn’t easy to get consistent across different browsers. Jquery took care of that

now we have vue, angular and react. vue and react make it a lot easier to build a SPA (single page application). Angular has an MVC (model view controller) design pattern in the front-end. But worked very little with angular, so couldn’t tell you the details of it

I hope this covers some of your questions? If you have further questions, feel free to ask of course

The most fun one for me is that javascript was not the original name (Mocha/Livescript?) and it was supposedly changed to javascript to try piggy-back of the new hot ticket in town…: Java!

The part that’s fun for me is that the start of Java had a huge marketing campaign to promote it as the new next big thing (partly aimed at C++ developers telling them it wouldn’t be too different). I have the impression (though it may be false because I was much younger) that it was a bit more hyped than necessary.

In school at the time the teachers were pushing that java was a beast, and that javascript was a joke (it was kind of true then…). It’s funny to see how a couple of years turn the tides with these things… like @stetim94 says, it may be a matter of right place, right time!

That is valuable feedback, since this is something I’ve wonderd to. If JS is so great, why didn’t they only use that since invention. Your post explains that

I tried to keep my answer neutral up till this point, but I don’t think JavaScript is a great language. If I had free choice of what programming language I could use, JavaScript would be pretty low on the list

But I am not really in the mood to discuss the pros and cons of JavaScript. Everyone is entitled to there opinion, so if you think JavaScript is great, then that is great

(I am happy for you? how do you say that in English?)

Coming from other languages, whether writing in oop or functional there are always some behaviours that always surprise me (in unpleasant ways) about javascript. But it’s useful to know if you’re into web development.

For a laugh, here’s documentation on odd behavior: 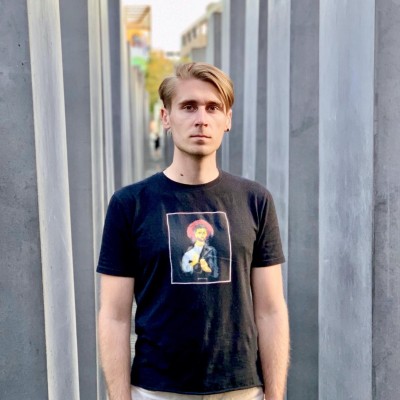 🤪 A list of funny and tricky JavaScript examples. Contribute to denysdovhan/wtfjs development by creating an account on GitHub.

I am trying to make a career switch, simply because I always fix everyone problems with programs, installing things,… And I have the patience to keep looking for answers, eventually I’ll find them. That is why I chose to start learning programming/coding.

Based upon what I heard, I chose to focus on JS. But I’m not yet that experienced in this matters, so, which one would you advise me to learn? What i also really would like to learn is to build small games/apps. I thought JS was also good for this.

This is actually a problem (not really a problem offcourse), but for everything new I learn, I also get 10 extra question, if not more

Developers are a different “breed” then fixing software on someones computer. But I guess that how a lot of people start. So your mind-set, attitude and questions seems right

I think those are good qualities.

What i also really would like to learn is to build small games/apps.

Good question, but one that has an incredible long answer

There two kind of mobile apps: native and hybrid.

native apps are in Java or kotlin for android and swift for IOS
hybrid apps can be done in Javascript using react native (and other frameworks, but can’t remember which, would have to google)

electron (also Javascript framework) can be used for cross platform desktop apps, and I am trying to remember if electron could also be used for mobile apps. Would have to google that. can’t remember