Uhm, the hints are gone

So, after about 4-5 resets on the “Innovation Cloud” project, because im so bad at what i do, the hints have completely disappeared. There is’nt a “stuck? heres a hint” button under the tasks.

I’m not sure if this is supposed to happen, or im just so bad at this, codecacemy’s code is passively-aggressively telling me he/she/it is annoyed with me.

It’s been like this since Saturday. and its for all projects, not just innovation.

Would you mind posting a screenshot with the error message you’re getting, and all three panels open (instructions, code, result viewer)?
Thanks

I dont get an error message but i can do the screenshot, definitely! 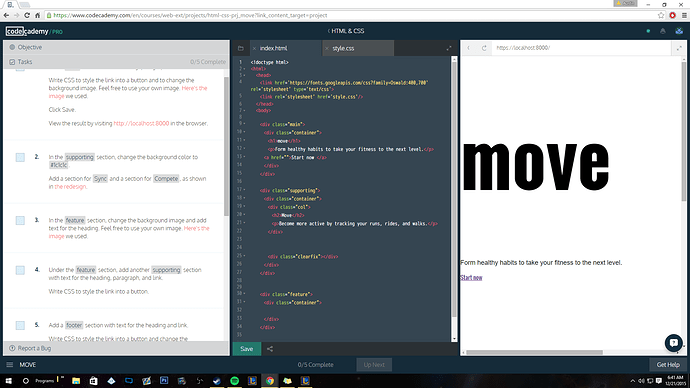 so, are there no solutions for this? D:

Thanks for the screenshot.
Everything in there looks totally normal to me though, I’m not seeing anything missing. Would you mind pointing out exactly where to look so I can check if they’re gone for me as well?

are there no solutions for this?

There’s definitely a solution, I just have to find the problem first! 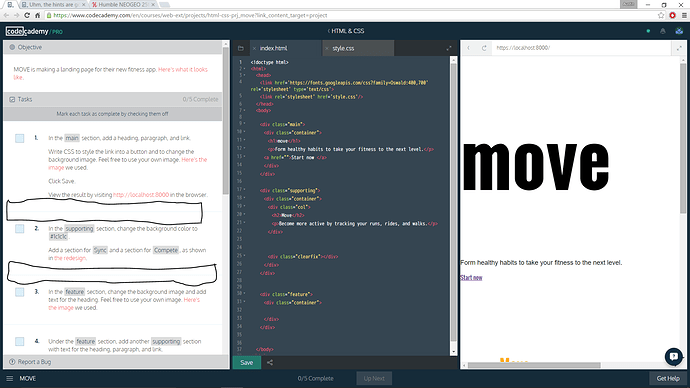 the boxes are where the “stuck? would you like a hint?” boxes would originally be, everything operates as normal.

With the course page redesign, Codecademy did away with hints in the hopes that they would just make the instructions clearer and explain stuff better, and learners would still be happy and learn stuff and there wouldn’t be as much ‘clutter’ on the page. They’re doing an OK job with the instructions I think, but having hints back would be nice

Since they’ve done away with hints, when you need help your best bet is to ask here on the forums (and don’t worry about asking a lot of questions; we’re used to it ;)) or to ask your Advisor (click the ? in the bottom right corner).

oh okay, it happened out of no where, in the middle of me doing a project, i was so concerned lmao. well thanks, now that i know im not the only one haha.

I still see “Stuck? Get a hint” 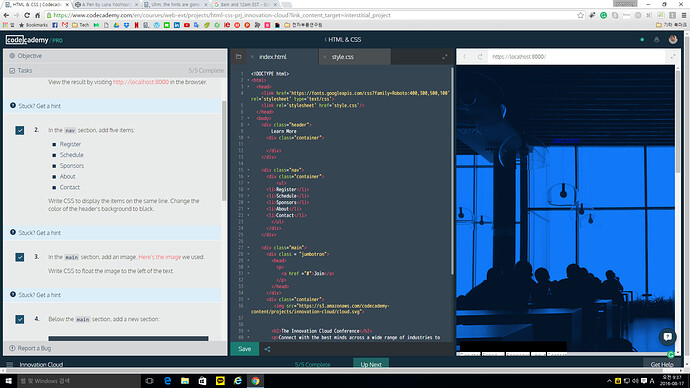 @netninja25253 Codecademy has been adding hints into the courses again due to user feedback. Please do not revive an old topic like this again.

This topic was automatically closed 24 hours after the last reply. New replies are no longer allowed.