Stucked at 8.1, I went to the directory and nothing happend

So, it asks to go to the slapstick directory.

I’m in the slapstick directory and nothing occurs.
I did reset the exercice but this didnt fix anything.

I had the same issue on previous exercices and managed to bypass it by using cd in a way it seems to be expected (using it in one command or several for example, not sure)

It sucks that I can’t use cd ../../comedy/slapstick …
And a lot more other different paths I tried made me lose a lot of time…

That’s because you were in the superhero folder in the previous exercise.
On the beginning of each unit, Codecademy provides a file-tree of the directories you will be working with. I suggest you keep this link opened so you don’t have to lose a lot of time or commands figuring out how to jump from one folder to the next.

The following can be found at Command Line -> Manipulation 1: 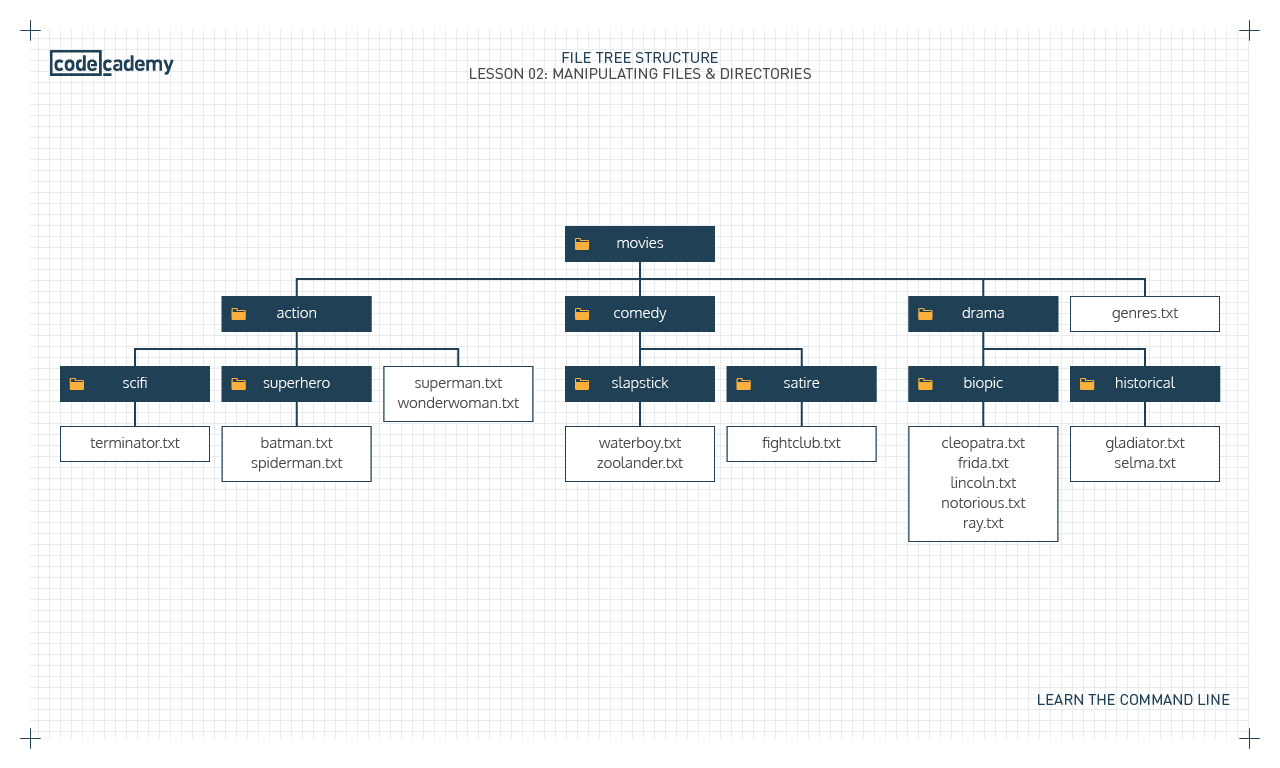 From the above, you can see that you have to perform the following in order to change from superhero to comedy:

Remember to use pwd to know where you are within the filesystem:

I did use pwd in order to know where I was.

The problem is, that depending on the way we access to the target directory (slapstick here), the step may or may not be validated.

For example if you do it using only one command such as : cd ../../comedy/slapstick, this won’t work. When it should, the task was to change to this directory, and this does the work.

There is some other ways to go into the directory that don’t work neither.

That is peculiar… I was able to pass through the lesson, but it was because I parsed the commands in two lines (went to home directory, then went to the comedy folder). I’ve reported the problem as a bug, but since you found other ways, I’d do the same and include those there. 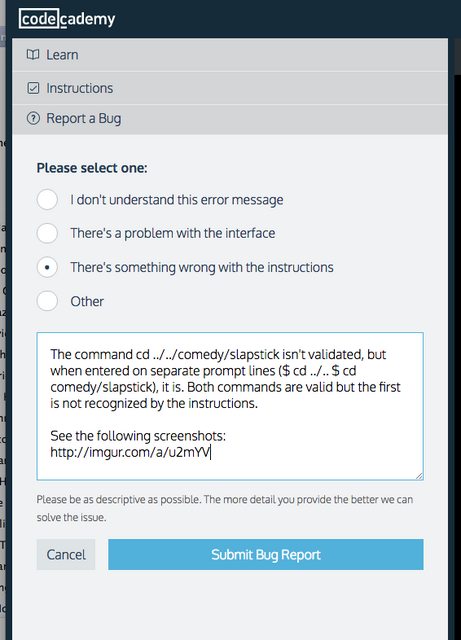 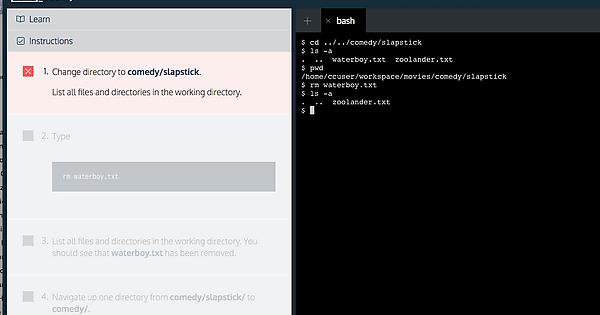 Thanks, I did the same report a few steps before that, stating that there was issues with the validation of the use of cd in general.

For example, for the basic use on the first cd, if u do a basic command like ls, it validates the exercice when it shouldn’t.

I’m guessing there’s something wrong with the verification itself.

Hope this thread will help those encountering the issue.

I’m guessing there’s something wrong with the verification itself.