Review of a function code that can encrypt strings 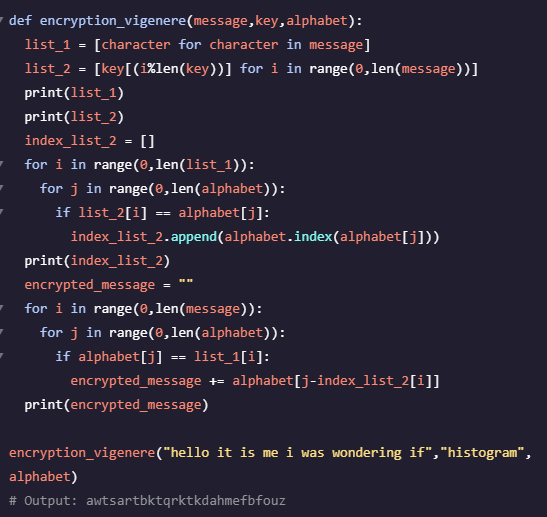 Hello everyone,
I just finished my first bigger project on Code Cademy. The project was about two cryptosystems where you had to decrypt and encrypt messages.
Can someone give me a code review of the encryption function seen on the image?
The cryptosystem that the function is operating on works like that:

My code is working but I think that there is a easier and more readable code to the task.
Any suggestions of improvement?