anyone to explain it to me ? 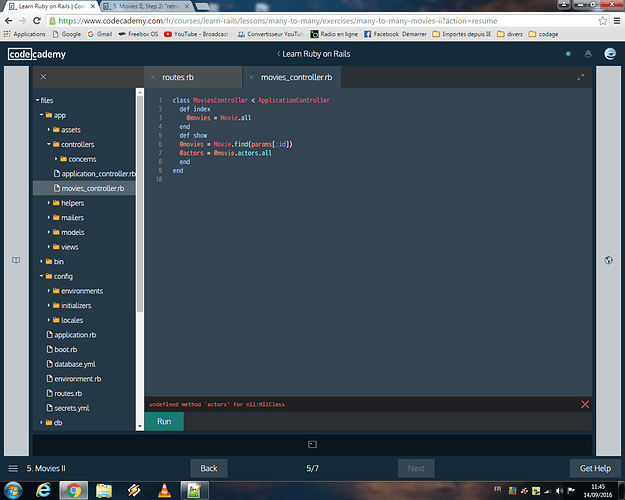 In the first line of show method you are using reference to @movies when in the second you use variable @movie without s at the end. Try this and check if it’s working out.

Sorry
in the show action did you save a new movie object into the @movie variable ?

ok i’ve solved my last problem i just have to inversed ligne5 with line 6 but now i’ve got a new one : 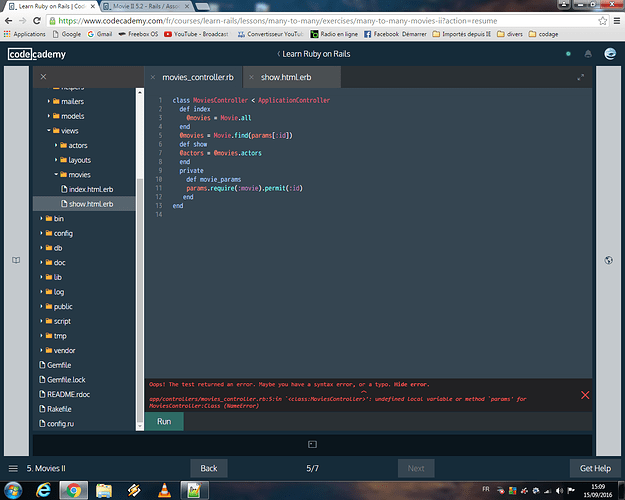 any idea should be welcom 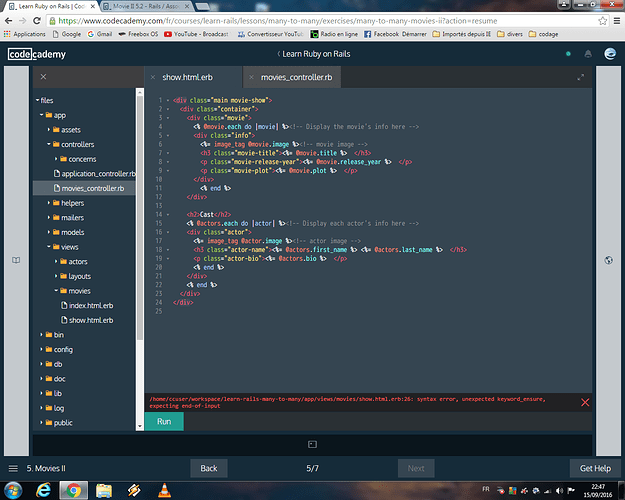 @je22 There is no @actors variable inside your loop through @actors. It needs to be actor instead

thanks for your help Zystvan here is where i am now 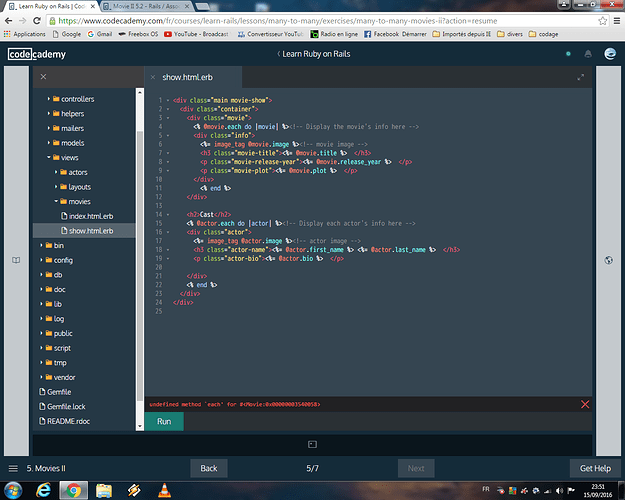 Then, everything after that line and before the <% end %> will use just actor, without an at sign (@) prefixing it or an s at the end. So, it should look like this:

Does that make more sense? 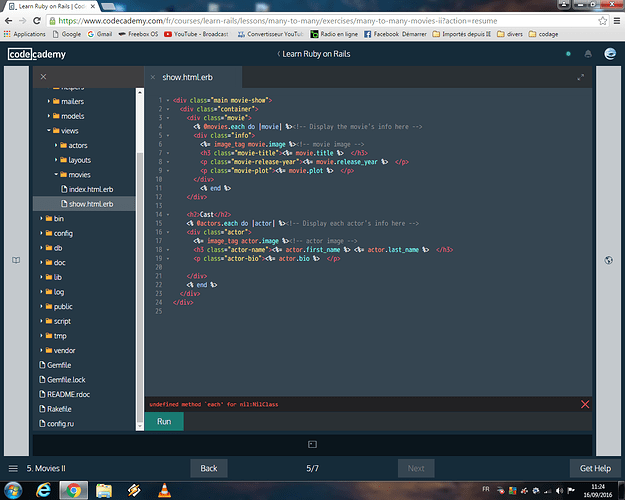 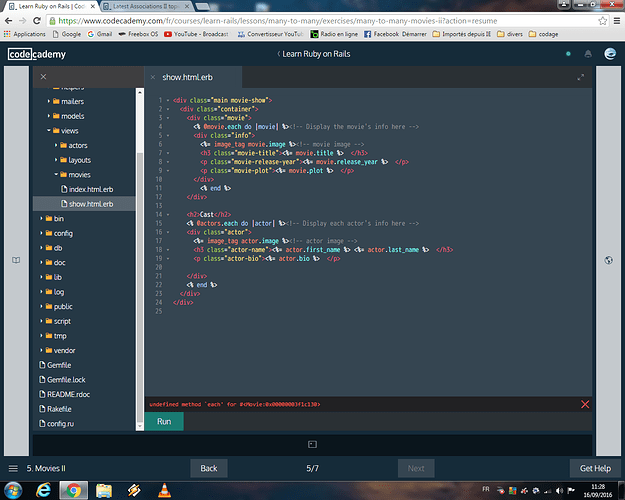 that was one of the many many tinigs i’ve tried 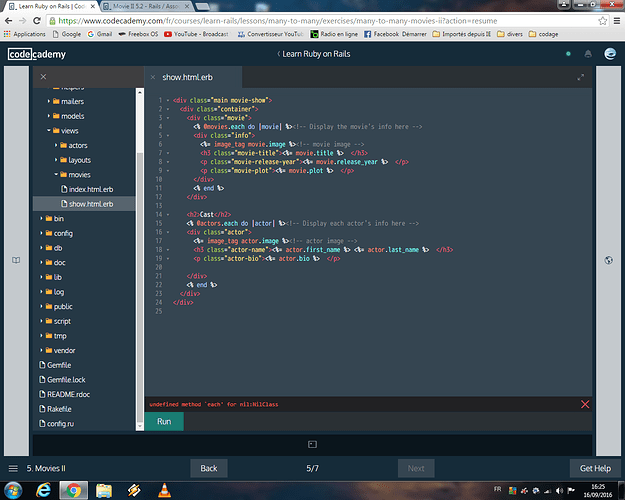 @je22 OK, now could I see the code in app/controllers/movies_controller.rb? 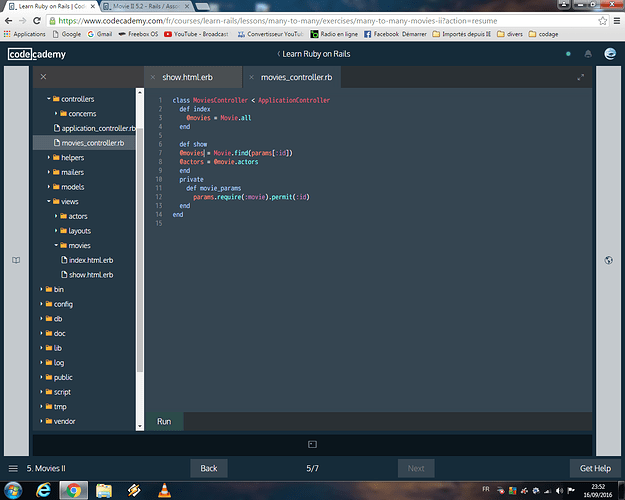 i’ve just seen that a s was missin in @movie.actors i’ve corrected it but there’s no change

@je22 Oh, sorry - change the variable from @movies to @movie, both in your controller and HTML file. Then, inside your HTML file, remove the loop part and just show @movie.title (for example) and I think it should work then

Sorry, I thought it was supposed to be @movies, didn’t mean to confuse you more

thanks so much for your help Zystvan but for the first time in all the courses i’ve made i gave up and ask for th code. there it is if it can help someone else 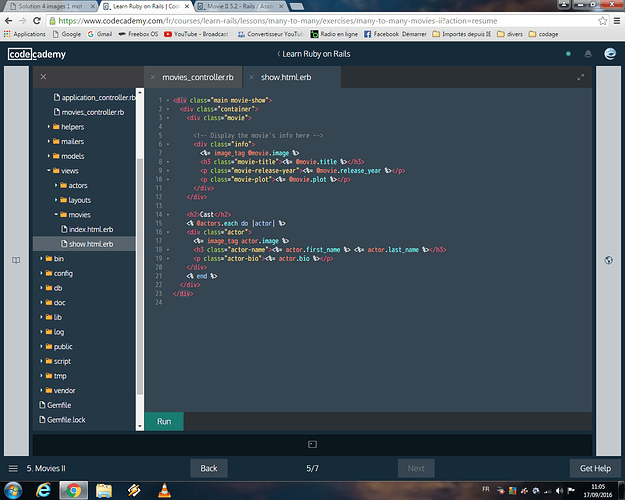 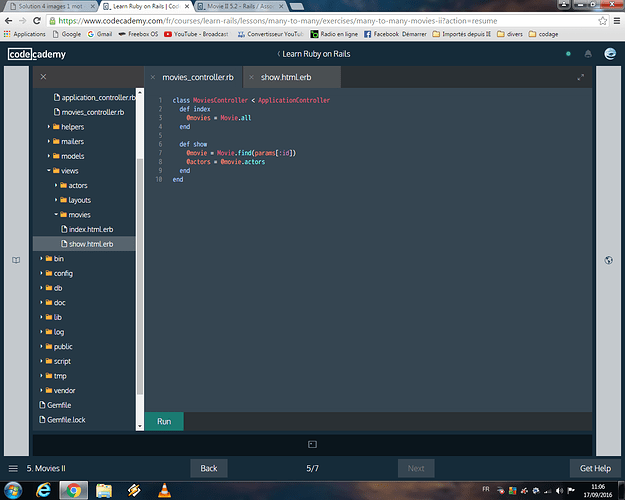