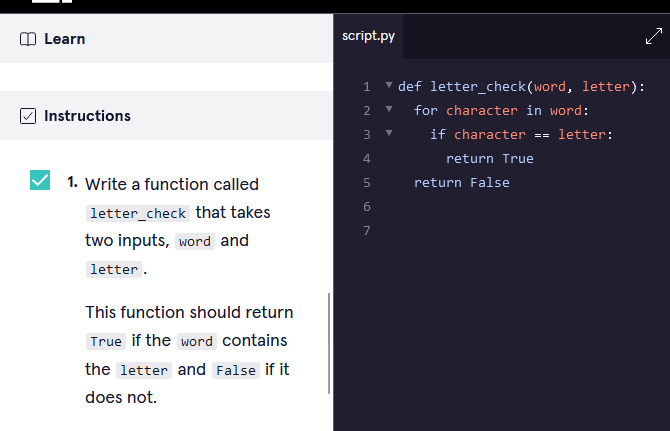 this is my 2 weeks learning python leagues,and i just litle bit about “behind the scene” of this type of code or the meaning of this code .some of the questioning in my thought is

Considering I have not learned python (Yet, I want to hopefully take it!)

I can make an assumption though, Since it seems like something relatively close to C++

I would assume that if character = (equals to) = letter:

then it returns back as true and the word or code get’s printed into the terminal.

The “return False” is most likely in case character does not equal to letter.

If you reverse “return False” and “return True” then it’s just going to return nothing because it returned False.

Since character does mean letter then it returns in the terminal because it true. However this is just an assumption and I could be completely wrong but it’s still fun to ask and learn about it.