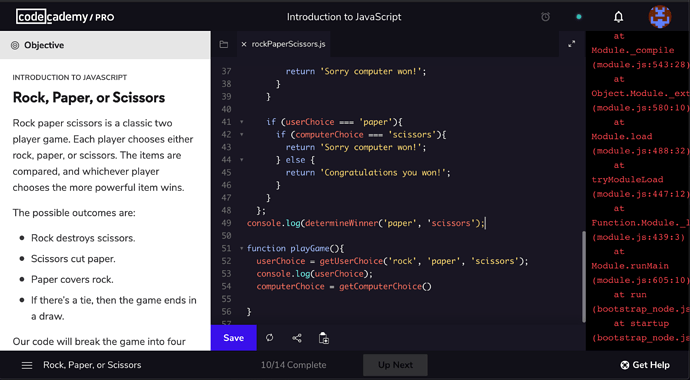 I’m very confused as to why the quotations are not allowing me to display the text, but when I tried it in visual studio code there were no issues.

There is something weird with the single quote preceding scissors. It should appear yellow along with the word scissors and the closing ', but the ); are yellow instead. Try backspacing from the end of the line to ('paper', and re-type the rest.

Edit: Just played around a bit in the CC code editor. Apparently what appears to be inconsistent coloring of quotation marks, string literals, etc. is common. Looks odd, but still executes.

I believe that you miscounted your parentheses.

You did say that it worked somewhere else, though. Not sure why that would be.

Thank you so much! This really helped