Is infinite loop better than recursive calls when asking for input?

and by the 12th step you get to request user input.

Usually by now in the CS path, when asking for user input you’d open a while loop that becomes false when the user finally provides a correct input.

In this case, a more “risky” way is suggested - by recursive call the same function until the user gets it right.

So I decided to have fun and overflow the site’s stack: 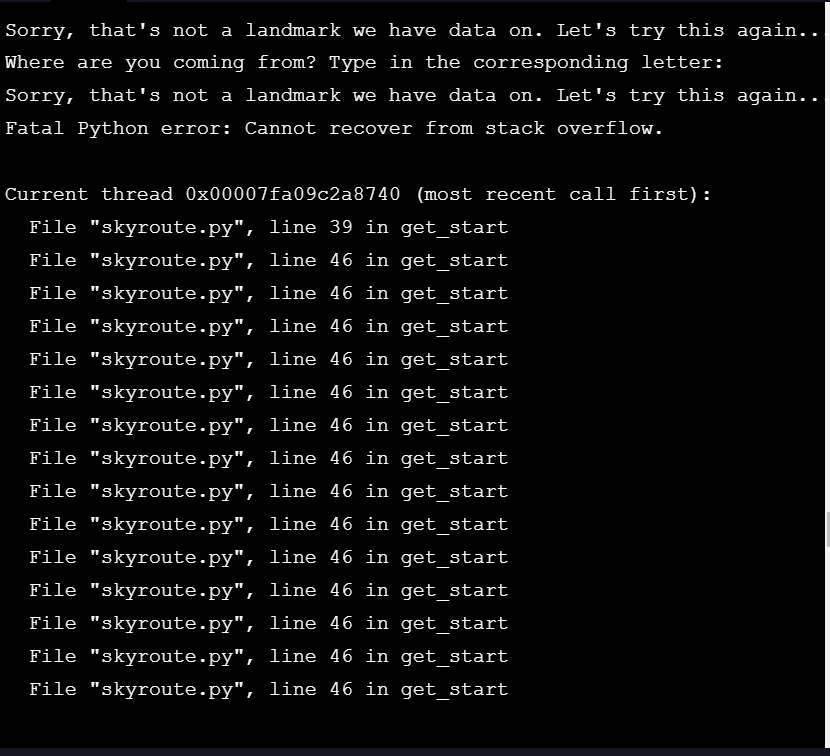 Sure, it did take a bit, but won’t it be safer to use a loop instead? or from a user’s perspective it’s better the software crashes rather than stuck in an infinite loop?

In this situation a conditional loop would be simpler and less likely to create maintenance issues.

Let’s say you have multiple inputs in the program. The thing to do would be create a general function that takes a prompt and a range or selection of valid inputs, and then runs until the input is within range or meets the condition.