How to modify legend in axis.plot()

Create a plot of the ax DataFrame with the Matplotlib method .plot(). Include the following arguments inside of .plot() . You can change these on your own and run the plot again if you would like. 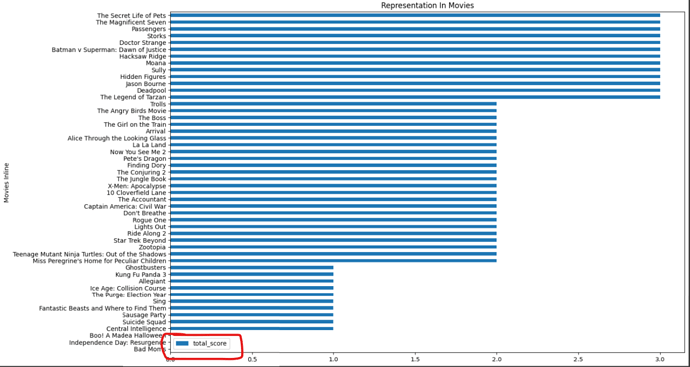 I have been trying to modify the legend from ‘total_score’ to ‘Total Score’ and change its position to ‘bottom right’ but no luck. I have tried doing it inline and also in a new variable but it doesn’t work.

Any advice would be welcome.

You can use plt.legend(loc = 'upper right') or wherever you want to put the legend–upper left, lower right, etc.

Or, you can use bbox_to_anchor(x, y, width, height)

Thanks, I realized my mistake. I was writing ‘bottom right’ instead of ‘lower right’ in the loc which is why it was faulting.

Also while changing the display legend from ‘total_score’ to ‘Total Score’ I was facing an issue where it was only displaying the first letter ‘T’ of my desired text. Realized it was a bug.

The correct way to get it done is this.

This topic was automatically closed 41 days after the last reply. New replies are no longer allowed.