How to get the obj the method is called upon from inside a callback function?

I call a method on an object. And the method takes a callback function as a parameter. As:

So I have to use something like the this keyword to refer to the object in the callback function body, instead of using its name. But I dont know how to.

For example, with the array.forEach method, say I want the callback to console log the array for each element of the array.
I will want to have something like this (not working):

Help Please! Many thanks!

But, to be honest, I just wouldn’t use forEach in that case. I’d just call logThis() or some similar function on the array itself instead of calling it from within a forEach, but it depends what you want to do.

Also, check this page out for clarifications on call, apply, and bind: 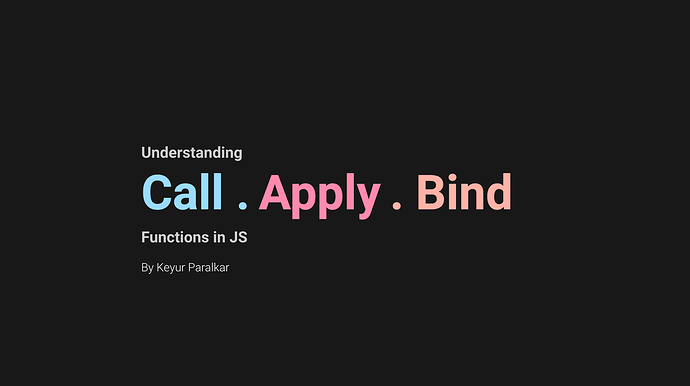 How to Use the Call, Apply, and Bind Functions in JavaScript – with Code...

In this article, I am going to explain how to use call, apply, and bind in JavaScript with simple examples. We will also implement an example that showcases how you can create your own map function with the apply function. Without further ado, let's...