Fundamentals of Cybersecurity: 2 much Fun 2 Count

This is the additional notes I wanted to give on the Malware section which seems to be really dedicated to Phishing and is completely valid. I believe the statistic is roughly that 60%ish of emails sent are considered spam. Though that does point to having a lot of source data to which to train models on which should be a comfort in a weird way. 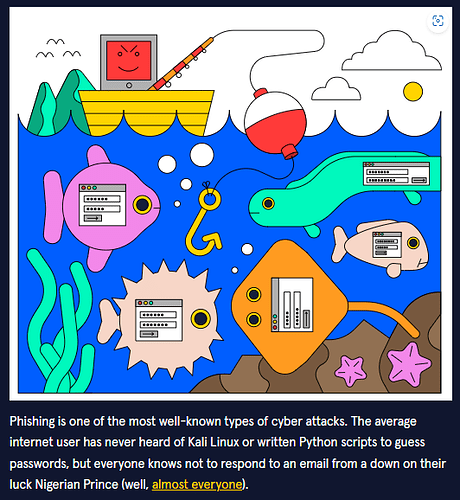 Honestly one of my favorite arts from a course the Academy has produced. Huge Finding Nemo fan

but again I digress. 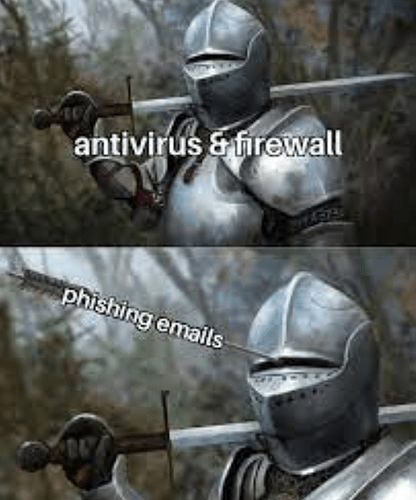 Phishing emails Knight507×609 310 KB
Phishing is honestly the edgiest of edge cases because an organization’ security system is only as good as the people understanding the problem. Hopefully bolstered by decent cybersecurity awareness training but realistically: the human part in cybersecurity is always going to be the softer underbelly.

Would highly recommend the Google Phishing Test to test your skillz right here.

While it is crucial for emerging cyber folks and non cyber folks to be aware of all the skullduggery that can occur in terms of Trojans and rootkits, as the curriculum demonstrates, I feel like I would like to add why you should be extra wary of adware. 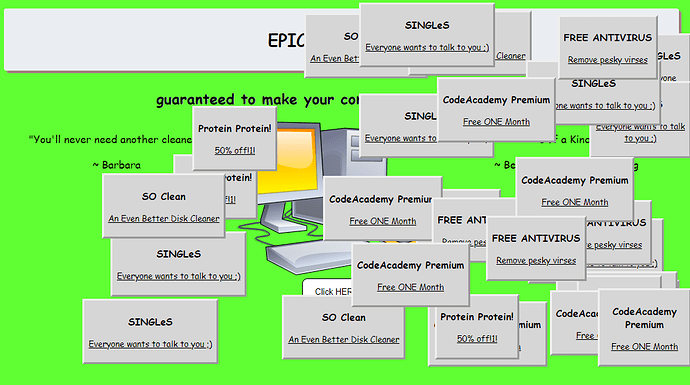 If say this person was feeling in say an extra goofy and silly mood, there is nothing to say that kind of person wouldn’t click on one of the ads. Beyond making your computer slow, there is additionally malicious things lurking in annoying banners and popups.

While they expression “it goes without saying” could apply here I’m going to be more explicit and say: Do not click on any banners or popups. While yes, it could be something innocuous a protein powder to get your arms ready to point at things in the best buff squiward fashion. 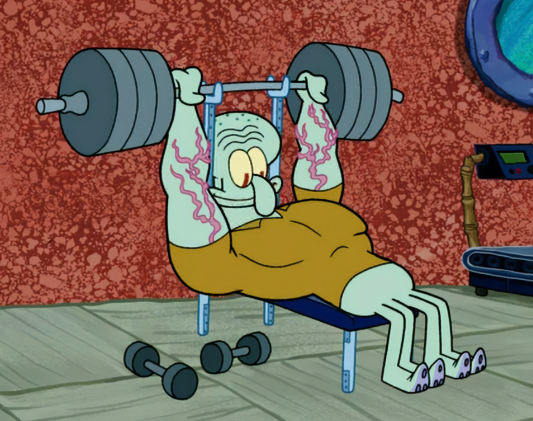 There is a chance these banners are also a BeEF hook. BeEF (weird capitalization intended) stands for Browser Exploitation Framework while it was designed as a tool for lawful security research and pentesting (Red Team), hackers do leverage it as an attack tool.

Long story short, if you don’t have time for a YouTube Adventure right now, that it can mimic a website like your gmail or your meta just because you know how you clicked through to that protein powder site. It would then throw you an “OH NOES YOU’RE ABOUT TO BE LOGGED OUT OF BOOK OF FACES!!!” and get you to enter your credentials so you wouldn’t inconveniently logged out and oops… Guess who just got hacked? Not you because you read through this and are an informed clever lightbulb.

Now while it’s crucial to know all the different types of malware that the curriculum goes over, and this is definitely my art history nerd taking over, I would like to bring your attention to the computer sad face. 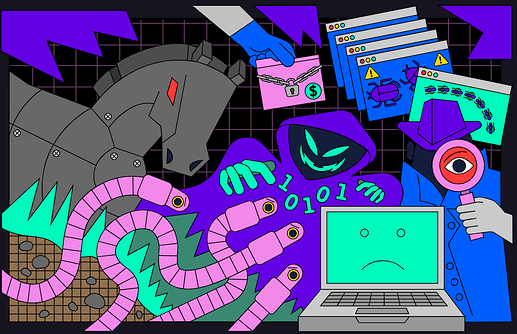 The thing is if a cybercriminal has gained a backdoor into your system: your computer will be wearing their happy little face. You won’t know until it’s too late. Through privilege escalation (that is basically for Windows when you get the annoying: You need admin… or Linux system Root) a hacker can and will “live off the land”. This means they can just be there like bigfoot: you know they’re there but good luck trying to find them

. They can easily erase any nefarious wrongdoing by editing the system logs and can and will 1) Turn your computer into a Zombie in their botnet army (not an obscure KPOP reference) and 2) if they don’t find you and your computer interesting laterally move though the network (lateral movement) to say a computer that is.

Now all that being said about the perils of Phishing … as a cyber folk you’re additionally going to have to learn how email works, \ the ports it involves, and, how it fits into the OSI Model… So Let’s get into that: 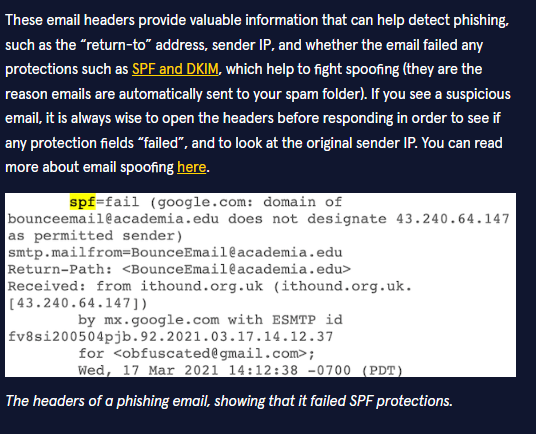 Outlook will be like:
First: Let’s check that it’s from 192.168.1.1
Second: Validate the DNS check from gmail.com that is the mail server’s IP
Third: Yep, let’s put that in the inbox.

3.After all that series of checks and balances, the messages will be transferred to an inbox (or not) through SMTP (Simple Mail Transfer Protocol) and you have yourself an email.

4)Now that the email made it to the server. Outlook.com will hnow need to pull the message from the server. This is done two ways: Either through POP3 or Post Office Protocol or IMAP or Internet Messages Protocol.

Now that … wait for it … You’ve got mail

It is useful to point out that there’s actually a useful linux command nslookup or name server lookup that will give you all the information if you want to do a double check on your own … you can even set it up look for MX records:
Nslookup set type=mx 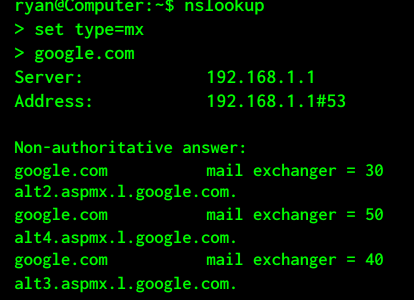 But what will really help you out there in the wild is actually understanding the guts of just what is in this part of an email: 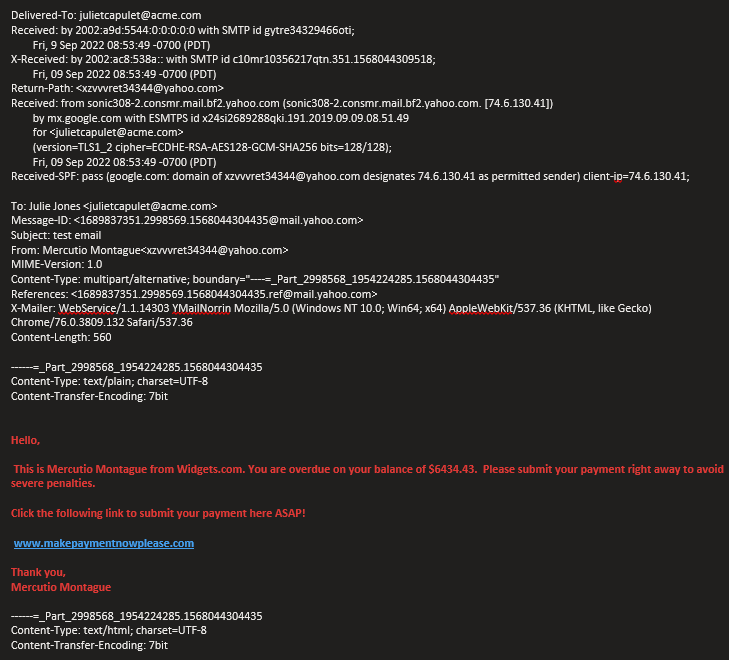 So this is a dummied up email between Mercutio and Juliet.

The first line of the header is the Delivered To field. This is who the message was sent to in this case [email protected]

6 lines down is the Return Path field. This is specifying the return email so in this case [email protected] which should already have you going: NOPE NOT TODAY!!! Especially in addition to the email looking sketchy, it does not match the sender of Mercutio. There’s no guarantee but would not [email protected] look more legitimate to you ?

Right under that is the Received showing the perilous path the email took to get to your spam file. If you look even closer in there is an IP address 74.6.130.141 which of course you can use any number of IP address lookup tools on the internet. Though would recommend ARIN which is the American Registry for Internet Numbers. 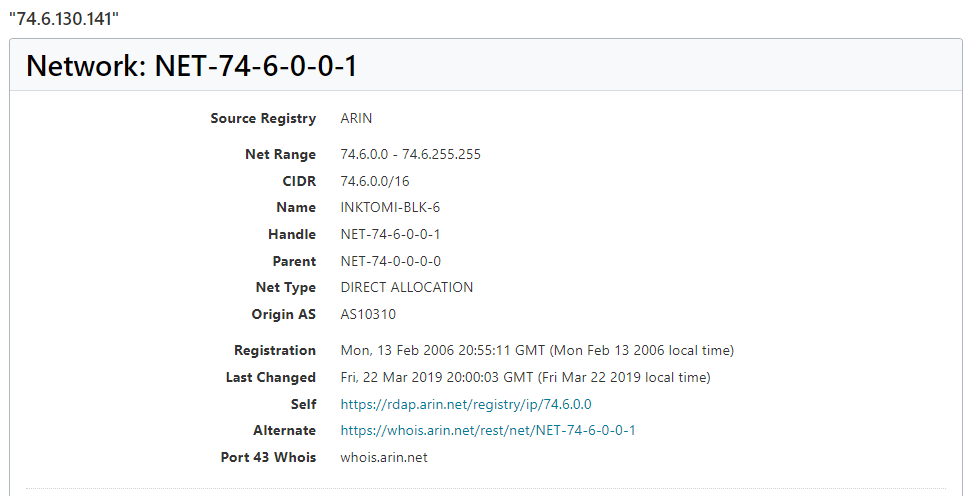 In this case the IP address is legit ARIN but that won’t be what you uncover each and every time.

On the last line right before the new section with Tp: starts you can see where the SPF didn’t work as planned and it in fact passed.

Okay now let take another look at these messages to Juliet here and try this one on for size: 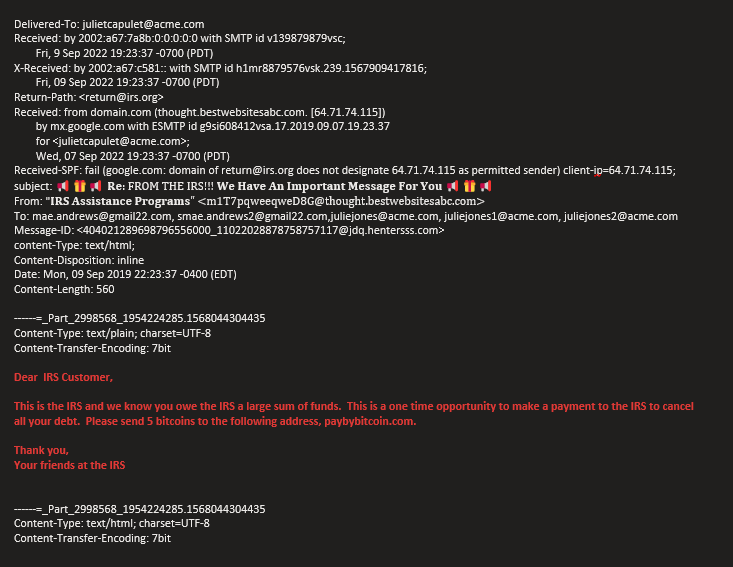 Here’s the Tea and or Coffee 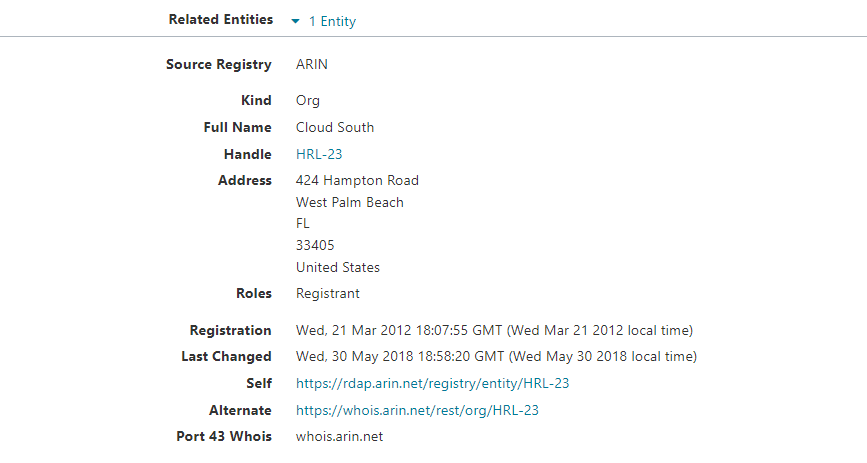 And the SPF failed.

And some of the other tip offs would be: The IRS is many things, but do you really think they would use emojis?
Would the IRS email you instead of sending you something by say the good ol’ USPS if they really needed to contact you?
Maybe if everything works out someday, you’ll be able to pay your taxes by Bitcoin but today is not that day.
Also, you’d think considering the IRS is literally a fleet of government accountants, they would give you a precise amount instead of a “large sum of funds”.

So hopefully after wading through all this: You sort of understands how email works

in addition to being able to spot Spam

a mile away and while you’re at it don’t click on any banner ads or download anything in your inbox unless you specifically requested it… and now that I’ve tackled email I feel free to keep on keepin’ on my quest through the curriculum. And hey: Happy Tuesday

Putting the Fun in ....Fundamentals of Cybersecurity Suggestions; Feature and Course Requests