Double vs. single quotes inside of lists 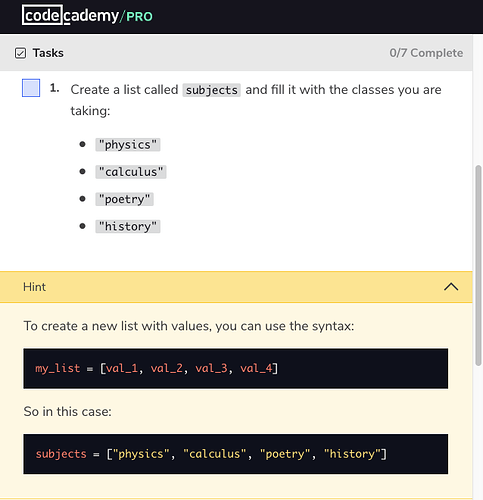 It’s difficult to know for certain why they chose to use double quotes as delimiters here. Quite likely, it was arbitrary, or perhaps the author of the project figured that names of courses are more likely to contain single quotes than double quotes. That might matter if you decided to play with the code to change the course names used here to ones from an actual college catalog.

To check that hypothesis, I searched a Stony Brook University Schedule of Classes for Fall 2019, but found only one course name that contained a single quote. See below.

@appylpye thank you for your response! I’m glad I’m not missing some obvious explanation here. Thanks again!