I know people often get responses to their various problems pretty quickly but have we considered getting something like a chat room or a chat box, whichever you want to call it.

Sending and receiving instant messaging. Sounds like fun to me.
Afterall, we are coders. Shouldn’t be that hard.

What purpose would this chat serve?

responses to their various problems

If it’s for answering questions, I’m against it. Chats are usually (supposed to be) pretty short, but often an answer has to be fairly decently long. It seems like it would just blow up my notifications feed with people dumping in large portions of code into a thing designed primarily for one-line sentences.

If it’s for general chit-chat, I’m neutral about it. I think I’d still prefer regular posts over chat messages for almost everything, since it feels like you have more room to say what you think in the composer here

Having a chat does not devalue the importance of making a post on the forum.
It’s just for ‘chit-chat’. See who is online in the chat. Just short bits of fun to take one’s mind off an exercise that makes you want to pull your hair out.

It can be just somewhere to cool out… We should give it a try and if it doesn’t serve it’s purpose, pull it down.

That’s true too.
It’s nearly impossible to have a chat box and not have someone drop in requesting help on something.
There could be a rule concerning that…
Or screenshots could do the deal instead of 50 lines of code…xD

So who do we notify of this idea? An administrator or something?

I feel the same way as Zeke. I think it would be good for chit-chat, but we should keep this forum for code posting.

An instant messaging feature would be very good just for chatting though, because as Zeke and some of the other moderators know, I’m kinda chit-chatty

and it would be easier to send small snappy messages instead of forum post-like messages. All I have left to say is don’t forget the group chat feature!

Group chats as well as one on one will be nice

Personally, as CC goes, I like the chat interface they have for Pro subscriber Advisors. BUT, I wouldn’t want it on public channels simply because it serves no purpose. The forums are where we can discuss matters publicly without an endless list of injections. When chat is between two persons, it is covalent for lack of a better adjective. There is a bond between the conversants. That, I like about the advisor chat.

Something like that on a member to member basis would be viable, one supposes (not that I know ■■■■ about this) and it could even include an invite option to conference. A little more backroom than this forum needs to structure for, imho. It’s a MOOC forum, after all, not a full blown public forum in the normal sense. Topics are largely confined to lesson exercises. For this, the forums are serving sufficiently well, and improving as we all get our sea legs.

I really like this forum a lot. The idea of having a chat room and an instant messaging feature is nice, but not for posting error code. A chat room can help us to network, to talk and to make friends. Users should keep in mind to be motivating in their chat messages

I think it would help us to grow as a strong learning community. We can try it and see if it works.

I agree with everything you said there AJ. I think we should keep posts and topics like this for code-related things, but maybe we could try a chat feature? Give access to a few people (Higher-levels - Meetup Organisers, Moderators, Super Users) and they can try out a few features, and we can vote to keep it or discard the idea.

yes, we can test it and vote if it was helpful for us or not …
The chat feature will be useful for us meetup organizers … we could use it to make some online sessions between meetup organizers and talk about our progress and share ideas. But sure it would be also possible for us to write posts in this forum or maybe use skype.

I also think for the moderators it would be good for organizing things.

for the moderators it would be good for organizing things

No, chats get lost quickly and easily

Long form posts like what we currently have are best, IMO. You get more room to say what you want, whereas with a chatbox you’re constrained to one line and it feels like too much if you do more

Well i made a chat room with a collab editor for the group. if it could help you see one… Preety much a collab-editor with a chat here: 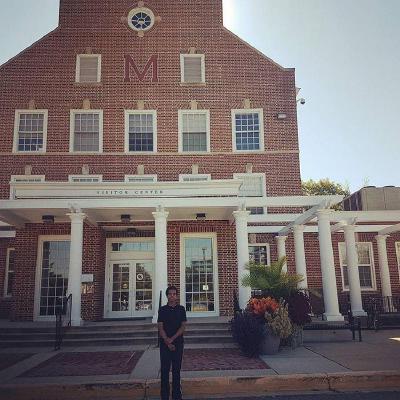